FastAPI vs Flask: A quick comparison

It is a batteries-included framework that comes with all the necessary features and tools you need to create a production-ready API. FastAPI is heavily inspired by and borrows a lot from the excellent work done by the developers of the Flask framework.

Like Flask, FastAPI is lightweight, modular, and easy to use. It is also very fast, as its name implies. FastAPI is the fastest framework for building APIs with Python, according to some benchmarks.

What is the FastAPI framework good for?

Another advantage of FastAPI is that it is highly scalable and can be used to build large-scale applications. This is because FastAPI uses the asynchronous programming paradigm. Asynchronous programming is a type of parallel programming in which a program can perform multiple tasks simultaneously. This allows FastAPI to process multiple requests at the same time. As a result, FastAPI can handle a large number of requests without any performance issues.

FastAPI comes with a number of built-in features that can be used to build applications with custom requirements. One of the built-in features of FastAPI is OpenAPI support. FastAPI supports OpenAPI, which is a specification for building APIs. OpenAPI is a popular specification for building APIs. It is used by a number of companies, including Google, Microsoft, and Amazon. OpenAPI allows developers to build APIs that are easy to use and understand. In addition, OpenAPI allows developers to generate documentation for their APIs. This makes it easy for other developers to use and understand the APIs.

What is the FastAPI framework bad for?

FastAPI is a new project and is still in active development. While this means there are plenty of features and improvements still to come. Because FastAPI is new, it’s not as widely adopted as some older frameworks. This could make it more difficult to find support and resources if you run into problems.

Python is used to create the Flask web application framework. It is designed to be straightforward to use and simple to scale up. Because it doesn’t require any specific tools or libraries, Flask is referred to as a microframework.

Flask is a project of the Pallets team, which also maintains Werkzeug, Jinja, MarkupSafe, Click, and several other Python libraries. Flask was created in 2010 by Armin Ronacher and is released under the BSD license.

What is the Flask framework good for?

Flask is very flexible. It gives developers a lot of control over how they want their web applications to look and behave. This is due to the fact that Flask is based on Werkzeug, a WSGI (Web Server Gateway Interface) toolkit, and Jinja2, a templating engine. Werkzeug and Jinja2 give developers all the power they need to create custom applications.

Flask is a good choice for small to medium-sized projects that don’t require a lot of bells and whistles. It’s intended to be used alongside your existing webframework and application server (or as a standalone server). It’s lightweight, fast, and simple, which makes it perfect for small applications.

If you’re looking for a framework that’s simple to learn and use, the Flask framework is a good option. It has a huge community and the Flask documentation is good and up-to-date.

Flask has a large and supportive community, which makes it easy to find help and support when needed. The code is open source, so the community can contribute to Flask by reviewing and improving the code. Flask is built on Python, which means you can use your existing Python skills to get up and running quickly. Python is easy to learn and is used by many companies for their web applications, so you have a good base to build on.

What is the Flask framework bad for?

Flask does not have built-in data validation. This means that you will have to validate your data manually or use third-party modules, such as Flask-Marshmallow or Flask-inputs.

In general, Flask’s slow nature is a drawback. As a microframework, Flask does not offer the same level of features and functionality as a full-stack framework.

No support for asynchronous code

While Flask does support async, it doesn’t have built-in async support like some of the other competing frameworks. This means you’ll need to use third-party modules if you want to use async.

FastAPI includes many features that are not available in Flask. These features include:

Flask, on the other hand, includes a few features that are not available in FastAPI. These features include:

Flask, on the other hand, has no built-in feature for automated, generated docs. So, you will have to install Swagger-UI or any other tool for documenting API endpoints and find a way to document all the endpoints automatically. Feel free to explore Flasgger if you would like to automatically generate the REST API documentation.

Flask and FastAPI for data science

Data science is a branch of computer science that deals with the extraction of knowledge from data. It is a relatively new field that combines elements of statistics, computer science, and mathematics.

Data scientists use a variety of techniques to extract knowledge from data, including machine learning, statistical modeling, and data mining. They use this knowledge to build machine learning models that can be used to make decisions or predictions.

In data science, engineers may not restrict themselves to building only an ML model but also they may need to present their solution to a client so that they can extend their machine learning model based on new data received from the untested grounds.

One way to test the ML model is to expose it to real-world data. You can achieve that by building web apps for the general public and leveraging the data gathered by the users for model building or improving your existing solution. In the data science world, it is a common practice to use this method for expanding models.

Hence your solution will work when you deploy it to the cloud. For this, you’ll need some web frameworks. Flask and FastAPI are great options to do so. Remember that Flask is better suited for minimalistic web applications while FastAPI is better for high-load enterprise software.

Flask is a WSGI web application framework that is small and lightweight. It is intended to be simple to use and easy to scale up to complex applications. FastAPI is a modern framework for creating Python APIs based on standard Python type hints.

Both are easy to use and great for building web apps and APIs. Flask is more established and has a larger community, while FastAPI is newer and has better performance.

If you’re just starting out, Flask is a great choice. If you’re looking for better performance, FastAPI is a great option. 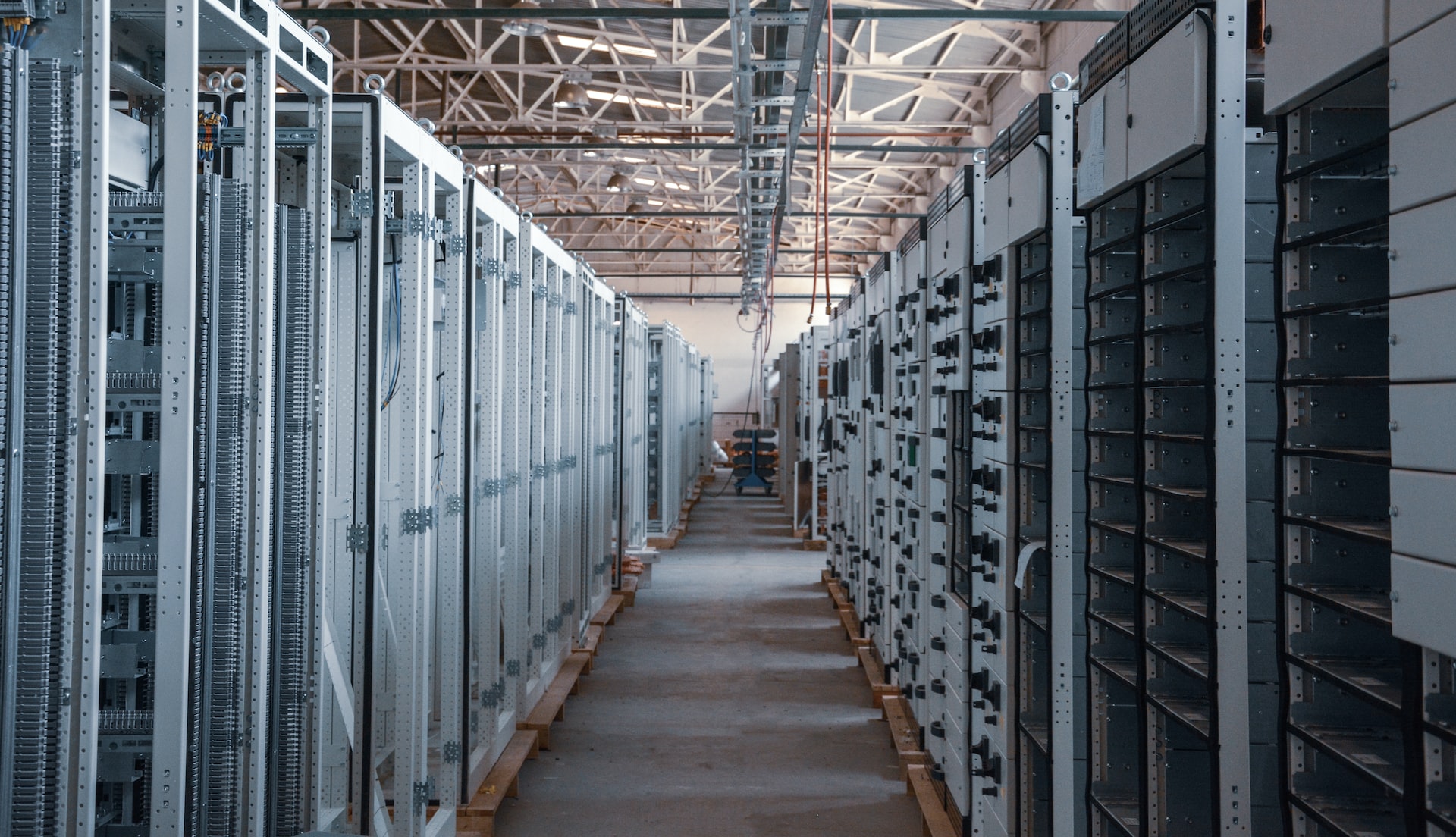 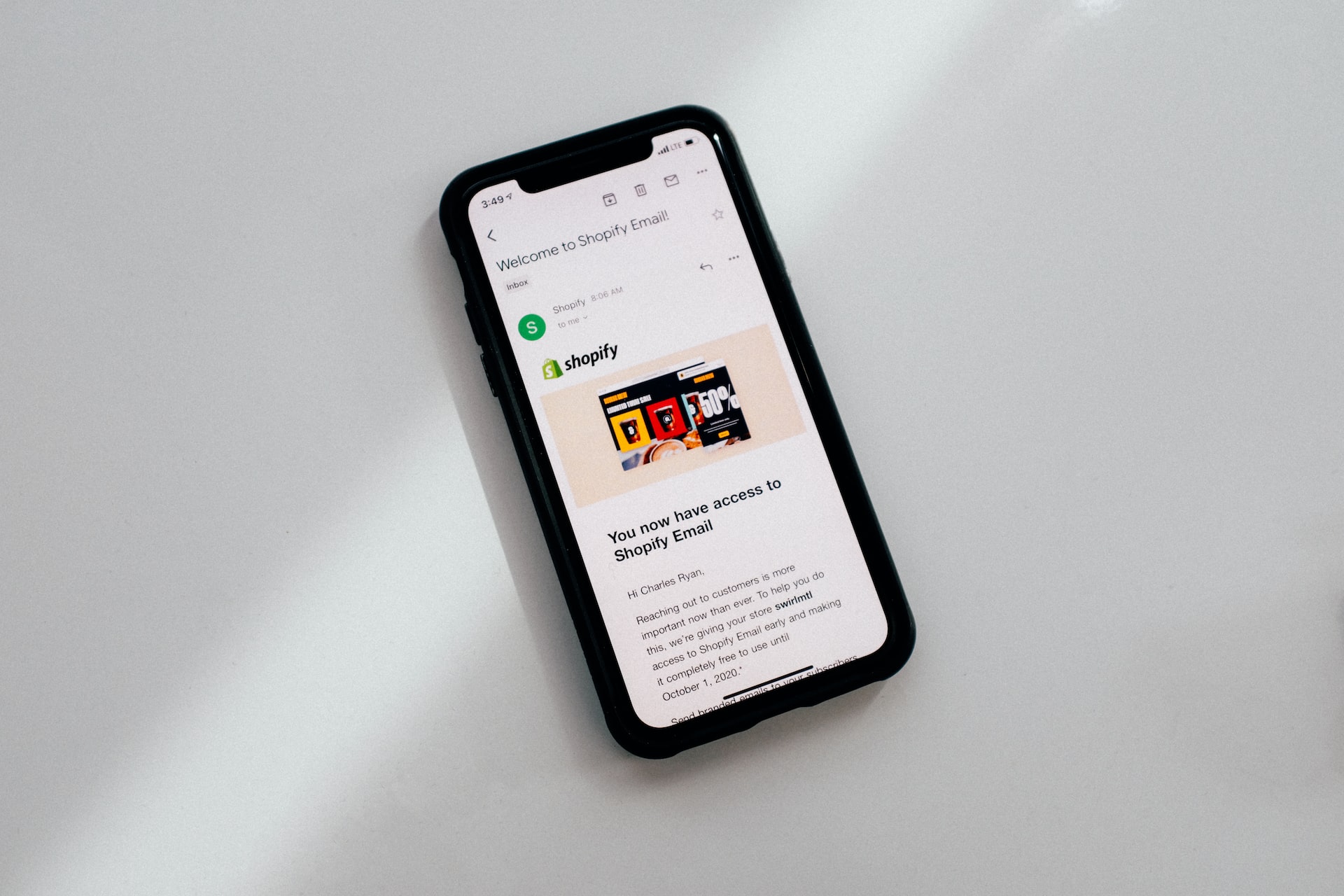 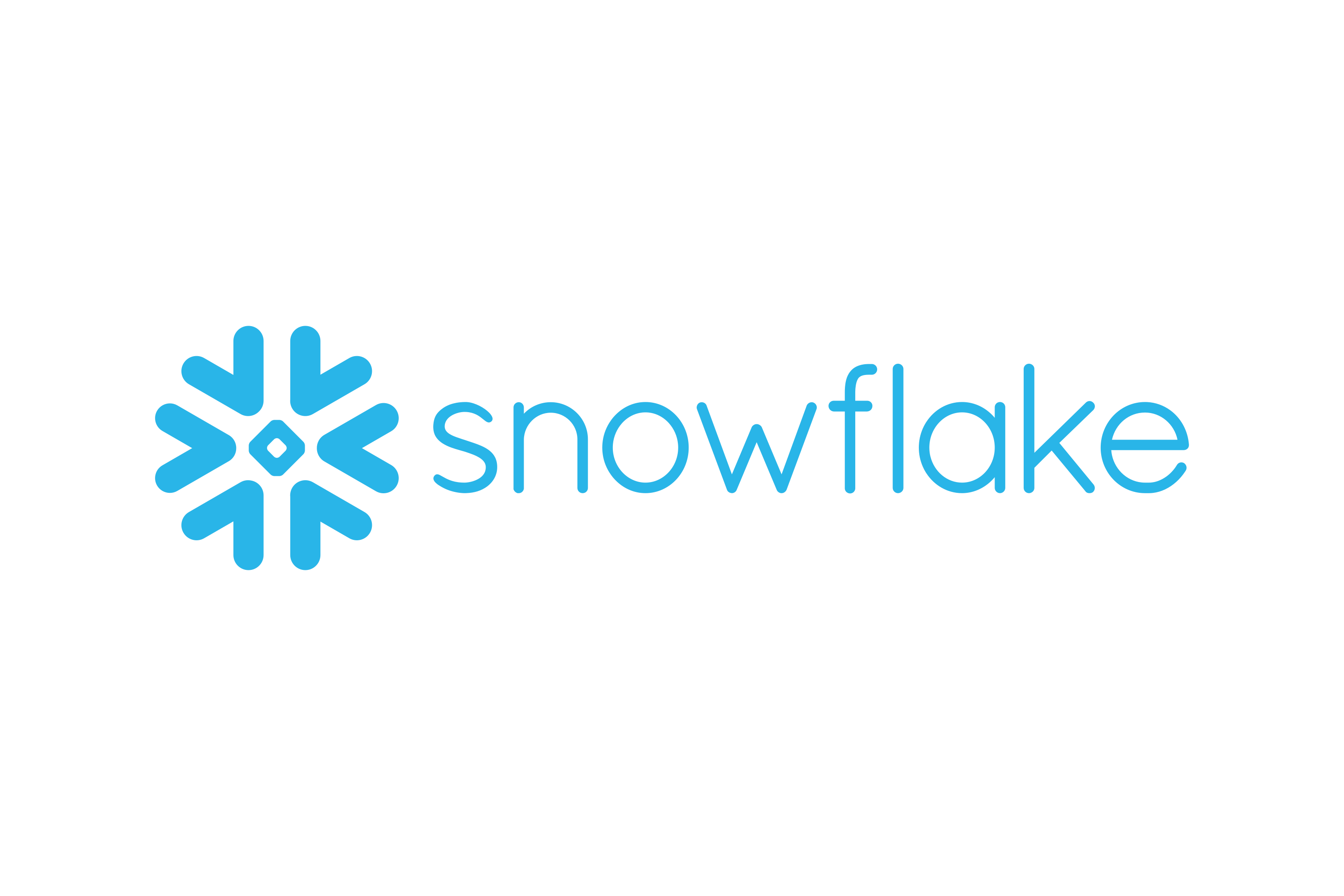 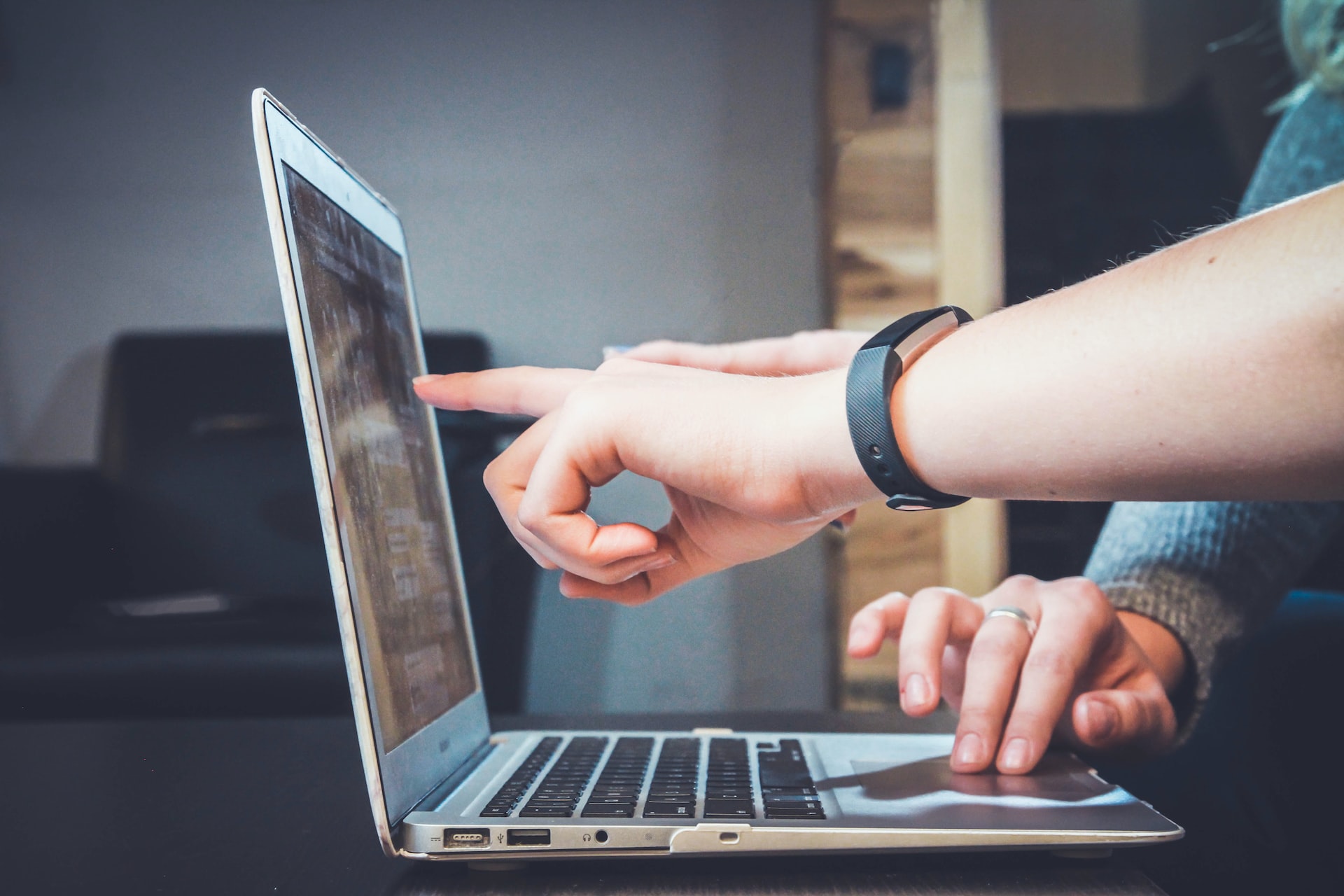 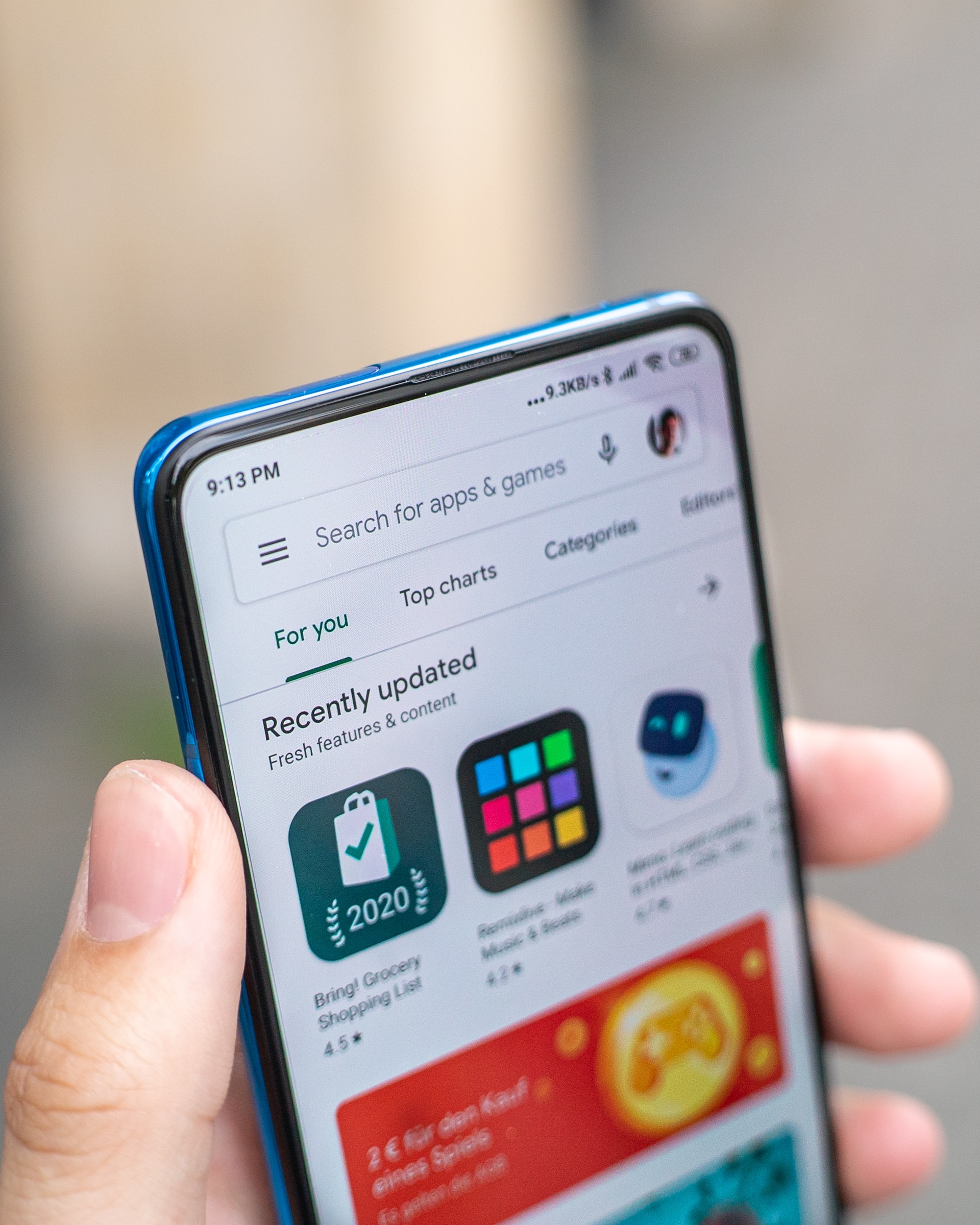 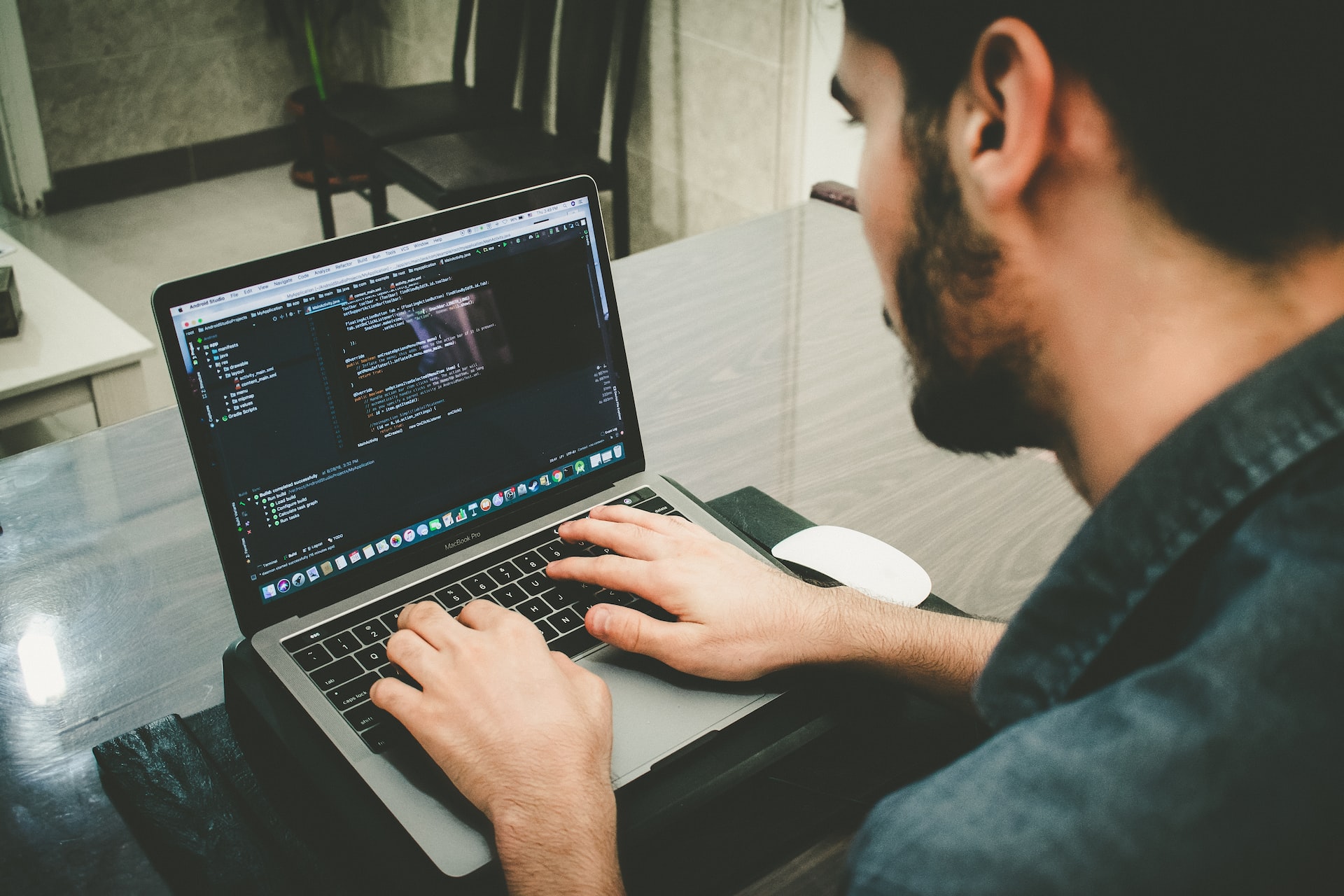 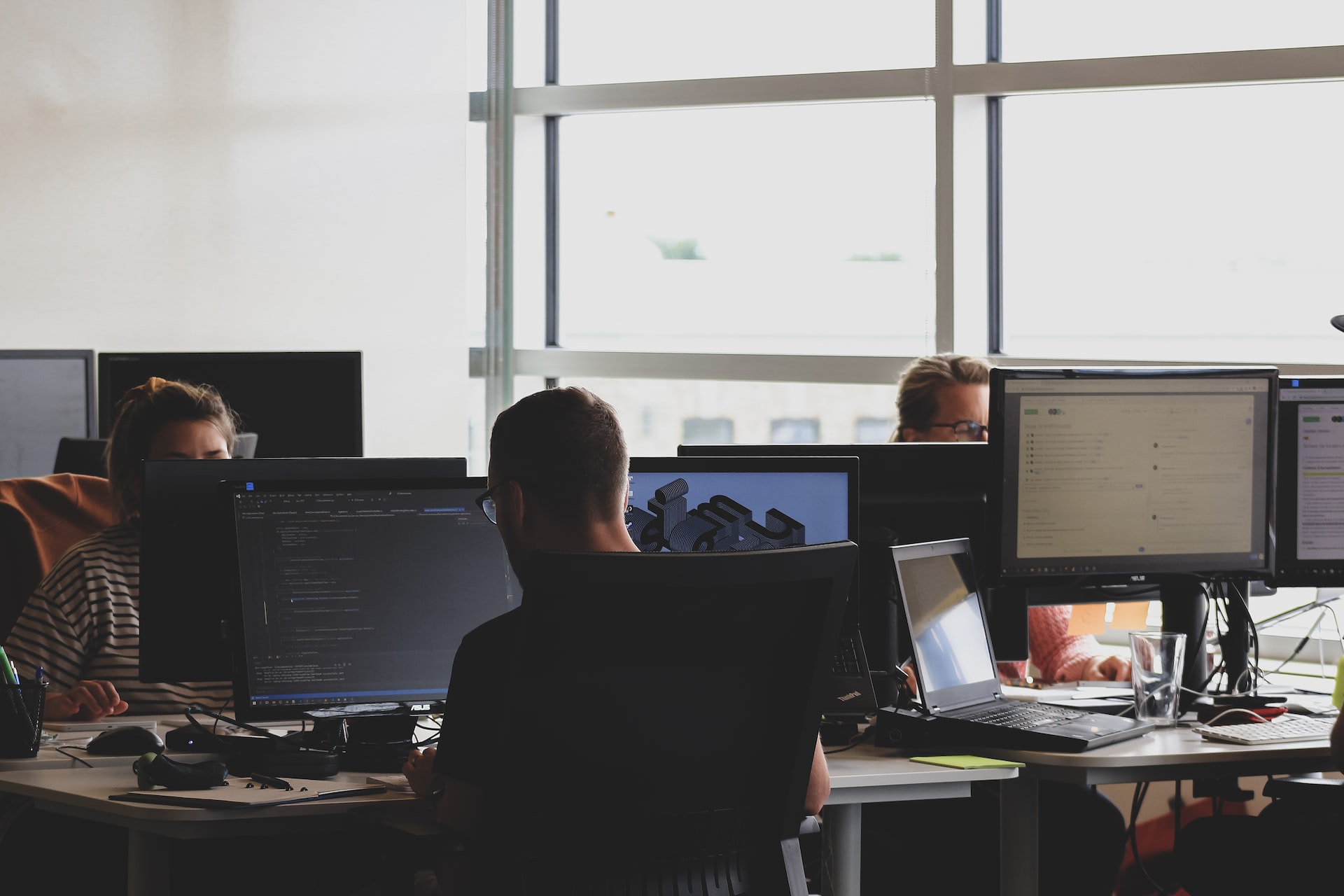 Python testing frameworks help developers automate testing processes so they can spend more time writing code that matters. These frameworks also provide a way to organize and manage test suites and share test results with stakeholders. Python has many options for testing frameworks, but deciding which one to use can be daunting. Each framework has […] 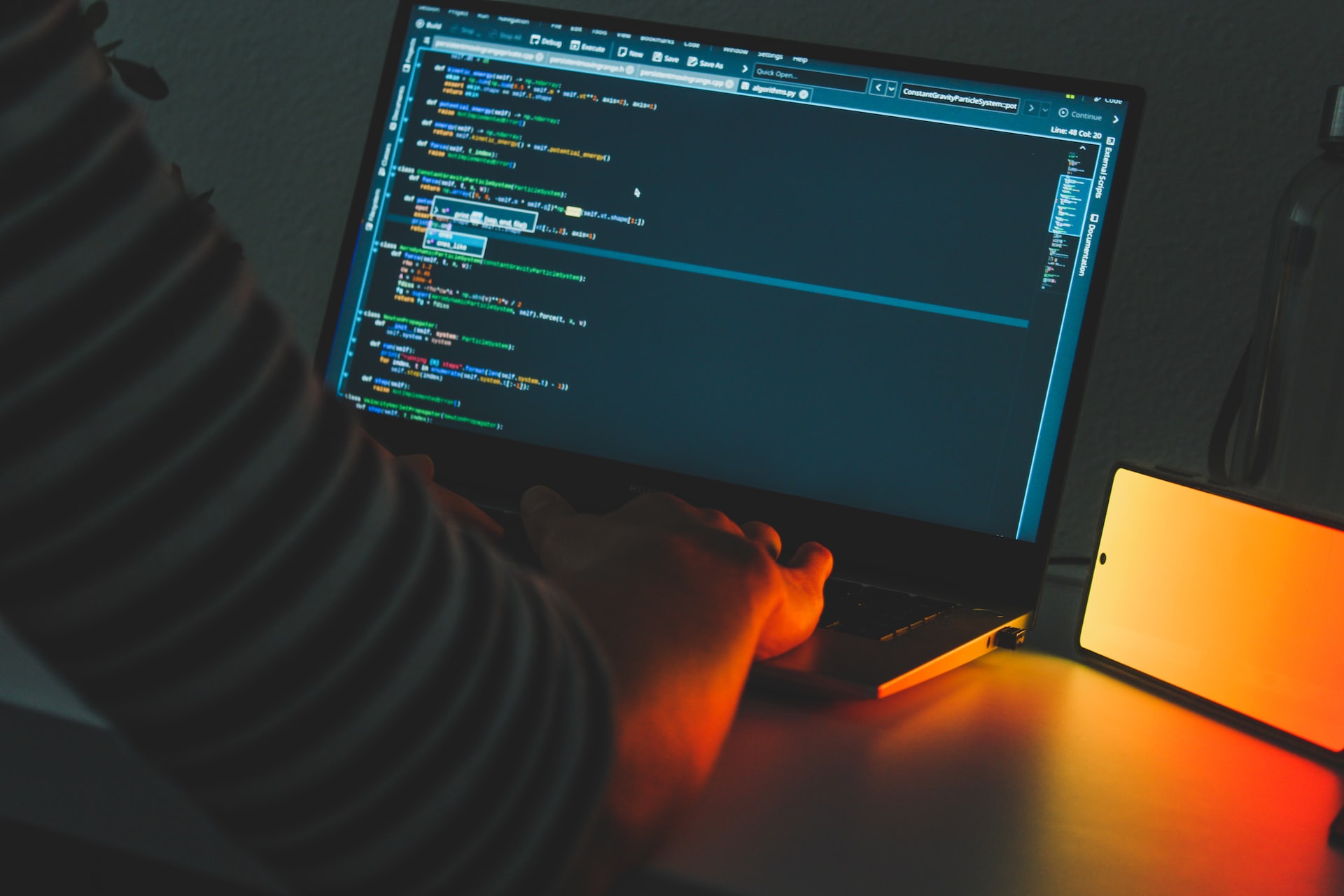 Python is a very productive language that can power even the most complex projects. We point to seven reasons why it can benefit your business. Python is a high-level programming language with a huge fanbase among developers, soon-to-be developers, and businesses. It has been used in most programming fields by companies of all sizes, from […] 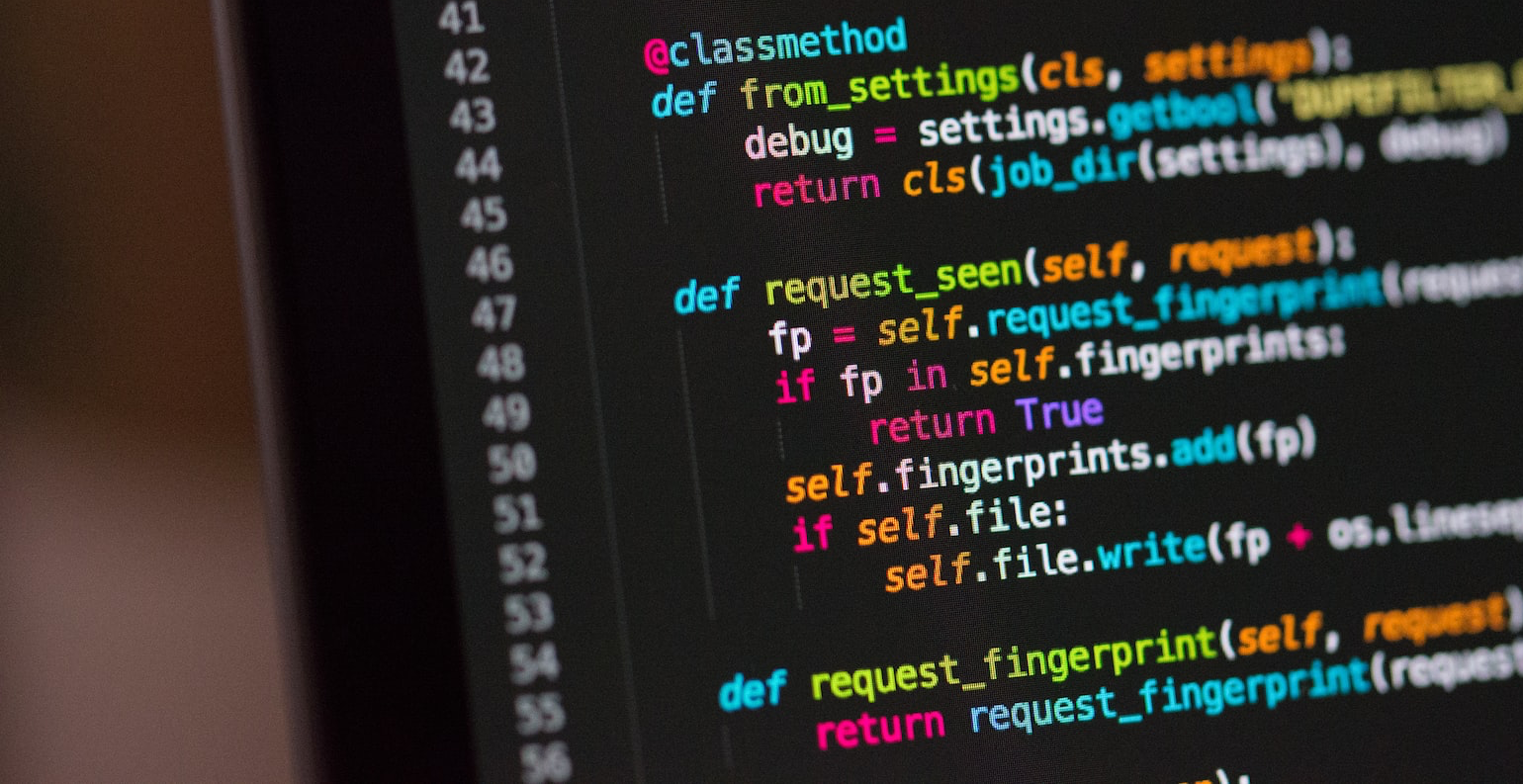 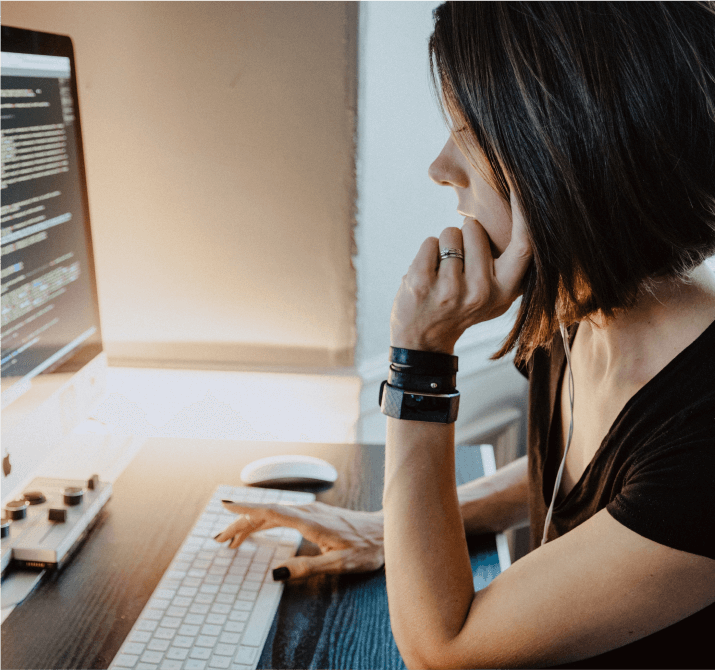 FastAPI vs Flask: A quick comparison